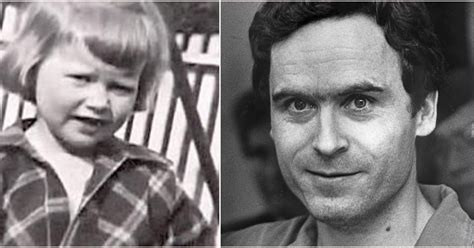 Little is known about Ted Bundy’s earliest crimes, particularly whether his murderous activities began as early as his teen years. Through his own admission, he had already become a Peeping Tom as a teenager and often snooped around for X-rated magazines in his neighbors’ trash. We also know that he killed two 12-year-olds in his adult years. It’s highly possible that his dangerous desires began pretty early in life. Though Bundy only ever admitted to killings beginning in 1973 (though his earliest admission was from 1974), much has been made of an unsolved abduction that occurred in his Tacoma neighborhood back in 1961. The eight-year-old girl lived only 5 blocks away from the Bundy family home and there’s no question that Ted knew of her.

During the early morning hours of August 30, little Ann Marie Burr vanished from her family’s two-story home. Her mother recalled that her daughter had gone into their bedroom earlier in the evening, later returning to her own bed. By 5:30 in the morning, the child was missing. Her parents discovered the front door slightly ajar and noted that their living room window was open. Despite an area wide search for the petite girl and various suspects questioned by police, neither an arrest was made nor was her body found. Though he seemed a likely suspect years later, fourteen-year-old Ted wasn’t initially suspected in the crime. He was only suggested as a suspect after he was in prison and officials realized he had lived 5 blocks away from Ann Marie at the time of her abduction.

Police surmised that her kidnapper’s quick, silent moving throughout the house showed a familiarity with the layout of the home. The family kept a first-floor window cracked to let in the night breeze. The abductor had pushed the Burr’s garden bench beneath the window for leverage. Climbing through the window, he didn’t realize he left a damp imprint of his size 6 or 7 shoeprint on the bench, nor did he feel the window jam catch a thread from his red shirt. The only resident within the house who was leery was the family dog who barked during the night, but it did little to ruffle the intruder. Quietly he slipped up the stairs to the room where the girl slept, sharing a room with her three-year-old sister. He carefully woke her and took her hand, leading her down the stairs, without alarm or worry. She mostly likely knew her kidnapper and wasn’t afraid. He unlocked the front door and removed the safety chain before leading Ann Marie out the door, never to see her family again.

Through the years, various people have opined that Ted Bundy killed Ann Marie. Not only did she live in his neighborhood, but she had taken piano lessons from Ted’s Uncle Jack Cowell for two years. No doubt Ted had seen her around while working his paper route and recognized her as his uncle’s student. Despite denying that he murdered the young girl, for many years, suspicion of his involvement in her abduction and death never dissipated. He is still suspected in Ann Marie’s murder to this day.

Let’s examine the things that could link Bundy to Ann Marie’s abduction based on what we know about the situation. First, Bundy lived down the road from the Burr family. He could have seen Ann Marie when riding around on his bike, especially while working his paper route. We know that by age fourteen, based on his own admission, Ted was already prowling the neighborhood, peeping in windows, hoping to watch women undress. We also know that she was his uncle’s student, so not only would Ted have seen her, he would have recognized her. There have been accusations against Ted based on some things he admitted to FBI investigator, Bill Hagmaier. The commentary involved having committed a crime “close to home” and that it was something he refused to discuss due to the identity of the victim. However, without further information, we can’t know whether Bundy was talking about Ann Marie or another missing person from his younger years.

Something I find interesting is that Bundy abducted at least one of his early victims from her home (Lynda Healy) much in the way that Ann Marie was kidnapped. Even if Bundy didn’t abduct Ann Marie, he could still have been influenced by the method the abductor used to sneak his intended victim out to her demise. The case was a big deal in Tacoma, leading residents to gossip and for Ted to see information about her kidnapping on the news. He probably overheard something related to the method of her abduction and it may have influenced his technique in the crimes in his adulthood. Though it’s a bit of a stretch, I think Bundy’s interest in and inappropriate behavior with 7 year old Molly Kloepfer (his girlfriend’s daughter) could have been based on feelings towards young girls at an early age. This is only a theory based on my opinion, but it isn’t so outlandish to wonder if the two scenarios could have been similarly regarded by an adult Ted.

Finally, there is no corroboration for Ted during the hours in which Ann Marie went missing. His family believed he was in bed, but we know that he often snuck out at night. Ann Marie’s father was later convinced that he saw Ted in a ditch near Puget Sound Community College on the day of her disappearance, but I tend to disregard that eyewitness testimony. Ted wasn’t linked to Ann Marie’s disappearance until after he became notorious for his crimes. It’s possible that that Mr. Burr wanted to believe Ted had kidnapped Ann Marie in an effort to finally achieve some sense of closure. Since her body still hasn’t been found and we have nothing more than conjecture regarding this theory.

The abduction of a child and the hiding of her body so successfully would be very difficult for a fourteen-year old to do. It has been suggested that Bundy could have committed this crime in conjunction with an older, more sophisticated killer, but there is no evidence to back this up. We must remember that to have committed such a violent crime where two people know about its outcome is difficult. Usually one of the criminals involved can’t stop himself from talking about it and implicating the other individual involved. In fact, an adult perpetrator might have felt inclined to lay all the blame on his young accomplice knowing he was unlikely to spend as much time in prison if they were caught.

The worst part about this case is that Ann Marie’s body was never found. Therefore, there is no hard evidence linking Bundy to her. Her house was tested for fingerprints and other forensic evidence, but any tests attempting to match Ted to the house were inconclusive. Though he was asked several times if he was involved in Ann Marie’s abduction, Ted always denied his involvement. He even replied to a letter from Mrs. Burr telling her that she was looking at the wrong person. Of course, with any pathological liar, you can’t take much of what they say to heart.

My Assessment of Bundy’s Guilt

I have always been unconvinced that a fourteen-year old boy, despite his future inclinations, could have pulled off this crime. That is not to say that he couldn’t have lured a young acquaintance out of her house and walked off with her. Perhaps that is feasible. What leaves me unconvinced of Ted’s guilt in is that I doubt he could have hidden her body so that it wouldn’t have been found all these years later. Though we know Ted buried several bodies throughout his adult crime sprees, digging a grave takes a great deal of strength, something a teenage boy doesn’t generally have. Ted was no body builder, he was an awkward, lanky teen in those early years. We could return to the idea that he was assisted by an adult, but we come back to the fact that no other suspect has been identified. It’s also hard to imagine that two people could keep their mouths shut about the involvement, so it’s hard to believe an adult roped Ted into the crime. Most of all, to assume that someone so young could have chosen a burial spot so secret or strategic that nobody has stumbled upon it over the past 59 years is highly unlikely. Personally, I think this crime was pinned on Ted once his many crimes were revealed as a last-ditch effort to tie anyone to Burr’s disappearance. Even the child’s father became convinced that he saw Ted burying something near the local community college, but only came to this conclusion after rumors of Ted’s involvement had been proffered.

It’s likely that the mystery of who killed Ann Marie Burr will never be solved to the satisfaction of the Burr family or the police. It’s safe to say that no matter where you land on this matter, someone will always challenge your theory. Personally, I will remain unconvinced until further information is available or the crime is officially solved.

One thought on “Did Ted Bundy Kill Ann Marie Burr?”