Over 2 decades after Ted Bundy was executed for the death of Kimberly Leach, investigators stumbled across a vial of his blood in 2011. All evidence from Bundy’s trial for the Columbia County, Florida murder was thought to have been destroyed, but somehow his blood vial was kept in evidence. Authorities uploaded his DNA profile to the FBI’s Combined DNA System (CODIS) in hopes of connecting Bundy to the murders of several unsolved cases throughout the United States.

One of Bundy’s eight-year-old neighbors in Tacoma, Washington has been missing since 1961, when Ted was fourteen. Though not suspected in Ann Marie Burr’s disappearance at the time, detectives on the cold case paid attention to Bundy once he was arrested in 1978. His childhood home had been just blocks away from Burr’s. Ann Marie was also Ted’s uncle Jack’s piano student, so it’s likely the two knew each other in passing. Unfortunately, the child’s body has never been found and Bundy never admitted to her kidnapping.

Two flight attendants were brutally beaten with a piece of lumber in 1966 in their apartment. Lonnie Trumbull died from the attack and Lisa Wick survived, with no memory of the event. During his conversations with Hugh Aynesworth and Stephen Michaud, he advised them (in third person) how a burgeoning killer would have used a piece of wood to brutally beat women, particularly the killer’s initial victims. Stalking them and battering the women was probably Bundy’s early method of operation. Detectives hoped to match Bundy to the DNA left behind during the crime to close it.

When Ted was visiting family in Philadelphia, PA in 1969, he admitted to visiting the area where the women were vacationing during his time there. Nearby, in Ocean City, New Jersey, Susan Davis and Elizabeth Perry drove down the Garden State Parkway returning home to Pennsylvania. Later in that same day, their blue 1965 convertible Chevrolet was found abandoned on the side of the road. The car was towed, but there was no sign of the women. Two days later, their bodies were found near the parkway. They had been stabbed to death and dumped together. Though Bundy admitted being in the area during that time and visiting the same beach the women attended, he was never connected to the murders. 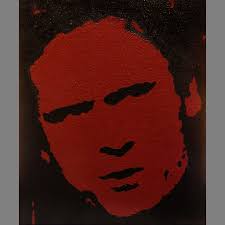 There are likely many other possible murders that Bundy committed during his reign of terror. To date, no murders have been solved by the vials of blood located. Some surmise the sample had degraded too much over the past forty years to have been of any use. There is little information about how it was stored during all that time. Though not a viable source of evidence connecting Bundy at this time, as science advances, it may be more feasible that we will eventually determine further murders Bundy committed.