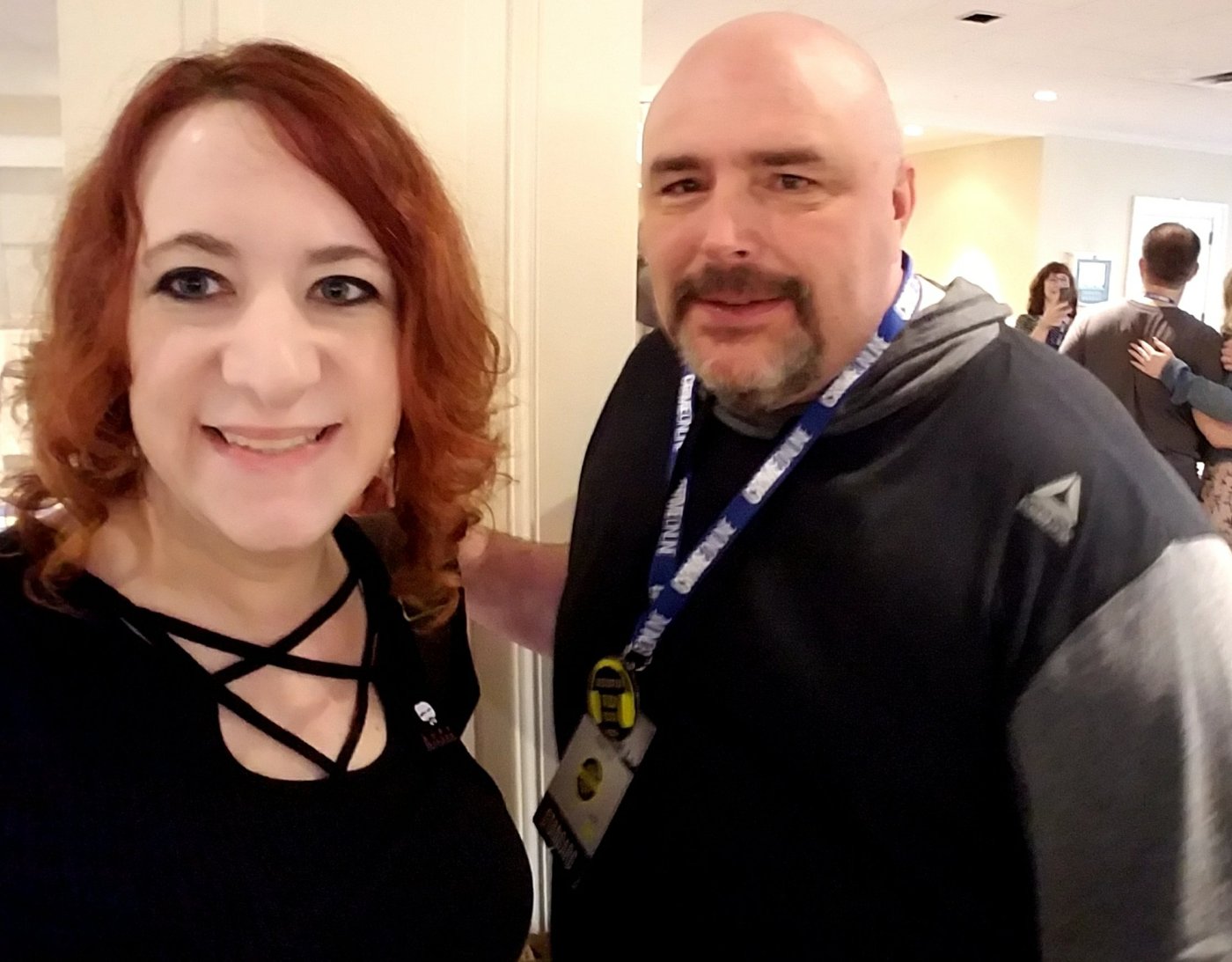 During the weekend of May 4-6, 2018, a group of ne’er-do-wells (myself included) gathered at the Gaylord Convention Center in Nashville, Tennessee to enjoy a plethora of activities laid out for us. From exciting seminars to meeting our favorite podcasters, CrimeCon had it all. I stumbled upon the main area after entering the convention center around the back. When I arrived, I knew I was with my people. The large CrimeCon banner hung above revelers chatting, laughing, and gesticulating towards one another. I found myself drawn immediately to “Podcasters Row” where I could find such personalities as Justin and Aaron from Generation Why, Mike Morford from Criminology, and the very cool Mike & Gibby from True Crime All the Time (Unsolved).

However, I was most excited when I met the effervescent Kristi Lee from Canadian True Crime! She was gracious and kind enough to introduce me to others of her ilk. I enjoyed meeting Mike from Dark Poutine and Anna from Case File, both Canadian podcasts.

I later ran into John from the Twisted podcast who interviewed me awhile back (see my link to the interview on this blog). In fact, look for another collaboration between John and me soon!

I was also excited to pose for a photo with the amazing Keith Morrison from Dateline. You can tell by his expression that he was equally thrilled to be meeting me!

When the events kicked off, I found myself a little disoriented within the convention center, but I ended up in the Golden State Killer: A Deep Dive event hosted by Billy Jensen and Paul Haynes. Happily, the seminar was being given approximately 10 days after the long cold cases connected to this psychopath had been solved. The killer, Joseph DeAngelo, had been arrested, thereby shaking up the program and forcing some changes. The hosts decided upon having long-time GSK investigator, Paul Holes, and three of the killer’s surviving victims discuss their experiences and elation upon hearing their attacker had been linked decisively by DNA. It was an uplifting experience and I found myself riveted when Paul Holes talked about his investigative process and his attempts to catch DeAngelo through the years.

Another fantastic discussion was about the Delphi Murders. In February of 2017, the bodies of teenagers Liberty “Libby” German and Abigail Williams were found on a trail not far from their home. Family members and state police discussed details of the crime and tips received. The officer involved in the investigation noted that they “are very passionate about this case. We’re reminded that the family members are real people who had a tragic event occur in their lives.”

Libby’s grandfather, Mike Patty, mentioned that both girls were interested in forensics and had taken a class related to it. He noted, “this guy’s out there. The fact of the matter is there’s a killer out there.” Earlier in the day I was lucky enough to talk briefly with Mr. Patty. He spoke to me about efforts to raise money and awareness because as he put it to me “somebody knows this guy.”

Another interesting event was called Profiling Serial Killers. Jim Clemente and John White, both former investigators, discussed the personalities of John Way Gacy, Derek Todd Lee, and Ronald Dominique. I was also attended the How to Catch a Liar seminar hosted by Steven Lampley. He advised that we hear lies every day and we can learn how to read them. He mentioned examples including finger tenting, failure to deny an accusation, not using contractions, stalling for time by repeating a question, and explained how officers often hand something directly to a suspect to determine whether they’re left or right-handed. Later in the day, I found myself in Nancy’s Grace’s presentation entitled Lady Justice.

She was just as animated as she is on television and kept the audience riveted talking about her fiance who was murdered and various criminals she prosecuted in her home state of Georgia.

Though none of the events I attended were about Bundy, I must say that he was there in spirit. In fact, I gave out a few of my Bundy stickers to several of the podcasters who assured me they would hang them up as soon as they got home!

Anyway, one can’t possibly discuss true crime without a mention of the serial killer who started the media buzz, Mr. Theodore Robert Bundy himself. Perhaps next time, we’ll meet in person.

To purchase tickets for CrimeCon 2019 in the Big Easy, visit the site at: https://www.crimecon.com!