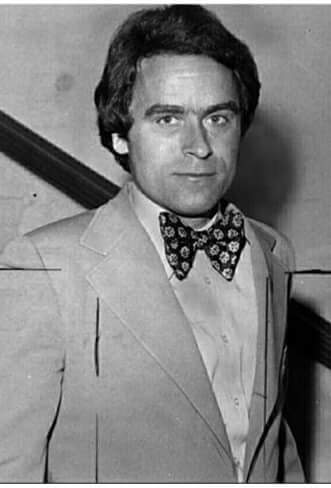 The term “lustmorder” or “lust murder” in English, was coined in the 19th century by German psychiatrist Richard von Krafft-Ebing, after decades of studying sex criminals in local asylums. Lust murder is defined by Wikipedia as “a homicide in which the offender searches for erotic satisfaction by killing someone.” In fact, many of us assume that the majority of serial killers murder for sexual reasons. The truth is that lust murderers are only one type of serial killer. Another type of serial killer is the serial assassin, much like Richard Kuklinski, who killed many people on behalf of the mafia. Kuklinski was a psychopath with a sadistic streak, but his motive to kill wasn’t sex. It was money and he also killed because he enjoyed it. Another type of killer is the “angel of mercy,” who tend to be workers in the medical profession who kill their patients.

One thing that all types of serial killers share is they enjoy killing, regardless of their motivation. They all derive some sort of pleasure in what they do, but the one type of killer that keeps us enthralled is the lust killer. There is a reason we remember the horrors of Jack the Ripper, who terrorized London during several months in 1888. His victims were prostitutes, whose very profession sexualized them. Though it is unknown if “Saucy Jack” physically assaulted the women, there’s no doubt his knife acted as a phallus and completely destroyed their sexual organs and uteruses. It is not necessary to fully engage in the sexual act to be a lust killer. Andrei Chikatilo stabbed his victims, brutally, over and over in order to achieve orgasm and he was definitely a lust killer.

Some of the characteristics of lust killers include removing the clothing of their victims, posing bodies in sexually suggestive manners, insertion of foreign objects into their vaginas or anuses, consumption of blood (aka “vampirism), consumption of flesh, necrophilia, and that they live in a fantasy world. We see many of these features in Bundy, starting with necrophilia. Ted Bundy was an admitted necrophile. He confessed that he often left his victims’ bodies in the outdoors and returned to them many times to rape their corpses. Bundy went back over and over until putrefaction and animal activity made it impossible to violate the bodies any longer.

When Lisa Levy’s body was found after Bundy attacked her, a hairspray bottle was found in her vagina. Perhaps he was unable to sustain an erection, or perhaps he was in too much of a hurry to rape the young woman, we will never know. The insertion of a foreign object is common in sexual serial killings. Bundy had also bitten off Levy’s nipple and left a huge bite mark on her buttock. In fact, using a dental impression of his teeth, prosecutors in Bundy’s Florida trial were able to match his teeth to the bite mark. Though he is not known as a cannibal, it is possible that Ted Bundy enjoyed eating parts of his victims in an attempt to connect with them.

Like most killers, Ted didn’t fit in socially with his peers, so he retreated more and more into a fantasy life. Early in his killing career, he was able to juggle a relationship, a job, and college classes. As time went on, everything in his life suffered, except his life of depravity and murder. Bundy described his fantasy life as marrying his ideal woman, coming home to her after a day of work, and living an ideal family life with her. It is probable he was trying to live out that fantasy with each victim when he returned to their bodies and spent time with them. Bundy even talked to the women, washed their hair, and applied makeup (most of this took place in his rented room, not in the outdoors). By this time, his relationship was suffering, and he had dropped out of college. The unfortunate thing about a fantasy is that no matter how good it seems in your head, it’s never fully achievable in reality.

Ted Bundy was a complicated person, to say the least. He was a consummate narcissist, he was bipolar, had antisocial personality disorder, and clearly had no empathy towards his victims. He once told police, “I’m the most cold-hearted son of a bitch you’ll ever meet.” I couldn’t agree more.