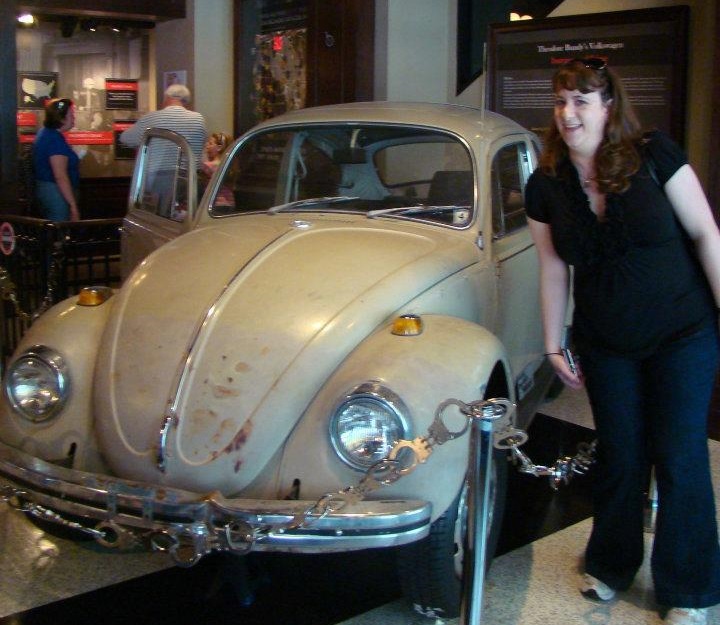 What can you say about a 1968 Volkswagon Bug? You could say it was a tiny car with hardly any leg room, it wasn’t a particularly flashy car, and its engine was in the back. VW Bugs had pretty good gas mileage, but nothing to write home about. You could also say that hardly any authority would think to find a serial killer behind the wheel of a VW Bug. Whether Ted Bundy knew that or he just preferred the Bug with its stick shift and small backseat, it was certainly a car he preferred.

One of the main reasons Bundy preferred driving a Bug was because he could easily remove the passenger seat to easily control his victims once they were unconscious. He could quickly handcuff a young woman to the passenger door, ensuring she couldn’t escape until they arrived at their destination. To avoid anyone noticing his unconscious passenger, all he had to do was cover her up with a blanket. Bundy was never pulled over with a victim in the car, leaving one to wonder if cops looked right past his “ordinary” car.

Bundy didn’t just drive his own VW Bug while racking up thousands of miles on the odometer. His fiancée, Liz, also had a light blue VW Bug. In fact, it was her car he was driving when he abducted and murdered two women at Lake Sammamish in July, 1974. He later mentioned stealing a Volkswagon while on the run from police in 1977 and really digging driving it.Overall, Ted was a Volkswagon man, zipping here and there in his tiny, indistinct death machine. Never one to stay still, he killed women in at least eight states during the 1970’s skirting the law in his beige 1968 VW Bug. For a time, he was truly a terror on the highway.

6 thoughts on “Why Did Bundy Drive A VW Bug?”